You are here: Home /Soundbars / Sonos Beam vs Play 5 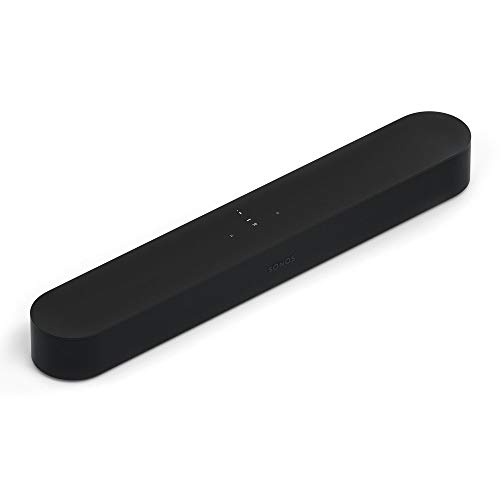 Sonos, the undisputed king of the multi-room audio, has two home theatre products and with the unveiling of the Beam, its officially a
crowd. So why does Sonos think it needs another device to go into your T.V.?

Basically, times change, and technology moves on. Also, let us face it that the earlier products were not impulsed buys. The Sonos Beam at $399 is considerably cheaper than the Playbar at $699. It also comes with a few key features that Playbardoes not. Most notably, it has Alexa baked in and an all-important HDMI port.

At first glance, this makes the beam an instant winner as it is smaller, smarter, more affordable and great to look at. But the company has other ideas and keeps the Playbar as part of the product line as it thinks that there is enough space for both these speakers depending on what the customer wants or needs. The beam’s smaller factor basically means that there are fewer drivers inside. 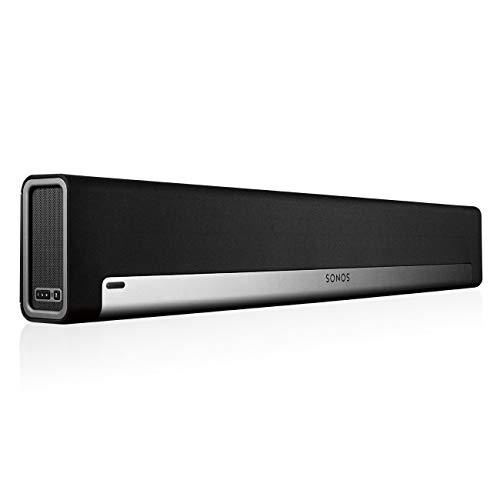 The Playbar has 9 speakers crammed in while the Beam has only 5. For the customer, it means thinking long and hard about what your priorities are. It can be confirmed after owning these two, that the sound on the beam is not nearly as impactful or room-filling. In its defense, Sonos says the Beam is designed for small to medium-sized living rooms and that sound has been tuned accordingly.

On testing in a modest-sized living room, while the Beam doesn’t punch his hardest as the Playbar, it does a pretty solid job of filling that space. For regular T.V. viewing the Beam sounds great. When it comes to movies, you will also get a surprisingly wide soundstage despite its tiny footprint. Stereo separation in the Beam is actually pretty good. If you are a sports fan, games sound decent, but not as immersive as with a larger speaker like the Playbar.

The good news is that the Beam converts easily into a surround sound system with the addition of two rear speakers and a sub. But that is a pricey upgrade. On watching a World Cup match with the Playbar, it feels like you are sitting in the crowd itself. But with the Beam, the experience is not as atmospheric. At the end of the day, it is a Sonos speaker and you will get its value’s worth.

With the most reliable services and competitive prices, Amazon.com is the best place where you buy your Sonos Beam.

You ca pick up the Sonos Beam and the Sonos Playbar from Amazon.com for the lowest prices, great customer services, and fast shipping.